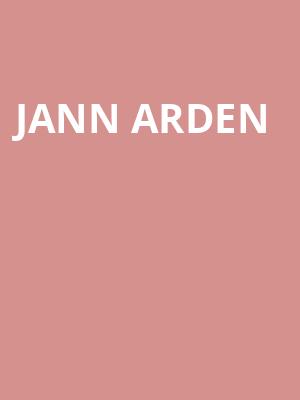 The iconic Canadian singer-songwriter heads back out on tour following her induction into the Canadian Music Hall of Fame! Arden has been creating melodic pop music since the mid-1990s when she released her breakthrough debut album, Time for Mercy, and has stayed true to her Calgary roots. Make sure you don't miss Arden and her greatest hits when she comes to a city near you.

Her international breakthrough came a year later when she released her second album, 'Living Under June', which included the track 'Insensitive'. While Arden didn't pen the song herself (musician Anne Loree did), the single skyrocketed to success when it was included on the soundtrack for the Christian Slater film, Bed of Roses.

So come and celebrate Jann Arden's greatest hits with the legend herself!

You may be required to wear a mask during this performance. Please contact the venue directly for more information.

John Harrison: “Jan Always Hits the Ball Right Out of the Park ”

Another 5 star performance by Jann. I've been to every concert she has... more

Sound good to you? Share this page on social media and let your friends know about Jann Arden at Sanderson Centre for the Performing Arts.